Stories from the Jungle Trip 2 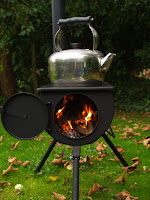 I can’t sleep tonight because my thought processes won’t slow down.  We’ve had lots of positive things happen today and are starting to plan trip 3 to Calais camp to start installing Frontier Stoves into tents.  My brain keeps going into overdrive and as a result, my lovely Dad and I will be working on a prototype child safety fireguard to put in front of the stoves.  If we can get enough of the old type fireguards donated, it won’t cost us anything and will make the stoves that bit safer. 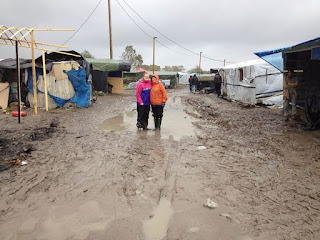 It got me thinking why these stoves are so important.  From my first blog on the first trip to Calais, I mentioned our Sudanese friends.  On arrival in the Jungle on trip 2, Lily and I were desperate to see them.  We made our way to their ‘area’ and there was a sense of relief when we saw them all safe and well and very happy to see us.  There were hugs and handshakes all round before our friends put that special tea on their open fire. We introduced Fiona, who was on her first journey to the Jungle, to our friends. Fiona was welcomed into the fold and by the end of the visit, our friends were calling her ‘Mama Fiona’!

Lily had bought Abdullah* an oven glove.  Abdullah was the one that always made the tea. It consisted of pot of water boiled on an open fire with half a bag of sugar and several teabags. Its served into little cups and glasses. No milk and definitely no need for sugar! Fiona doesn’t like tea normally however by the end of the trip, she was loving ‘Jungle Tea’.  When Abdullah poured the tea from the large pot, he always seemed to burn his hands. Lily’s oven glove was very gratefully received by Abdullah!

On our second day, we visited our friends. Hassan* told us that Jafar* had gone to try jump onto a train to get to the UK the previous night and no one had seen him or heard from him since. They had been trying to call his phone but it was switched off.  The next day Jafar was still missing.  Our friends asked us to help but we didn’t know what to do.  Two of the ‘community’ had recently been caught by the police and deported. We were told that if caught, the men from Sudan either said they were Eritrean or stayed silent.  We were all so worried and felt completely powerless. On the third day, we visit to see if there is any news.  Jafar was back! We were so relieved.

Jafar told us that he’d been detained by the police.  Because he refused to tell them his name and nationality, he was held for 48 hours then released.  He told us that during his time in custody, he was not given any food or water. He didn’t seem perturbed by this at all although we were taken aback. Then it occurred to me that this could happen – who would he report it to?  Thats torture.  No other words for it.  My first blog makes it clear how I feel about the French authorities.  After the second trip, my opinion has deteriorated somewhat but more on that at a later date.

On our final night, our friends invited us for dinner.  Because the weather is colder, one of the structures in their community area has been turned into a seating area to eat and chat.  Ahmad was cooking for us. However because the weather is so poor,  Ahmad was cooking over an open fire within a nearby tent structure. The smoke was belching out of the tent door yet Ahmad was in there stirring the pot.   Apart from the point that open fires in tents are a fire hazard, Ahmad was breathing in toxic fumes.   Fires in the Jungle are not unusual and if our friends indoor cooking area caught fire, it would spread very quickly throughout the community area. This is worrying.  For a film of a fire that occurred a few days after we left, see HERE  There are around 10-12 men in this section of the camp that live communally.  The thought of giving them a frontier stove to enable them to make a living room where they could be warm and cook safely while they wait.

What are they waiting on?  Well.  The reality is that some try to come to the UK. Every other night, they risk their lives to try to jump on a moving train in order to come to the UK. They want to work, learn, reconnect with family members and have a future. 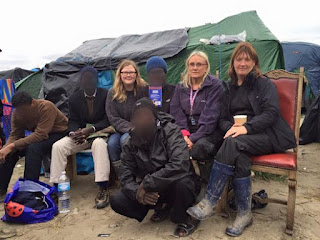 While we were there, *Dahab claimed asylum in France.  How do the French authorities treat asylum seekers?  They send them back to the Jungle of course. Dahab could wait up to 5 years for a decision. He’s confined himself to the Jungle.

I do have another story to tell.  One relating to a baby girl from Syria who I cannot stop thinking about.  She occupies a lot of my thoughts.  She may be the focus of my next ramblings.

*not their real names

For more information about our Stove Appeal, please see: http://www.elar.org.uk/stove-appeal.html

Statistical data regarding asylum claims can be found at: http://ec.europa.eu/eurostat/statistics-explained/index.php/Asylum_statistics